The myth of redemptive violence

There is a huge assumption in society that violence is not just inevitable but that it is necessary. If bad people are allowed to behave as they wish, to take what they want, then we need good people to stop them by force. Many argue we need the threat of death in war or judicial execution to dissuade others from hurting or killing others. Evil force must be met by "good" force.
As a boy in the 1960s most of the films I watched on television reinforced this message (there were no films on demand in those days: you watched what what was broadcast on one of two channels!). Whether it was cowboys fighting off “savage Indians” or British fighting Nazi German soldiers, we were presented with good versus evil. They were very tame by comparison with the flood of video games and films available today, which teach the same simple message to children who can barely speak and adults in old age - the good need to be strong as well as good to conquer evil.
The problem is that "No one is good, not even one" (Romans 3:9b). Even with the restraints of a good government or legal system, people are flawed and it can be hard to identify which fighters in a conflict are the good ones! So many real life conflicts in the last few decades have involved terrorists who can also be described as freedom fighters, depending on your point of view.
In the Christian church and theology so many assume that at the heart of atonement is the violence necessary to redeem and make good. Sacrifice is necessary and we have only to look at the Cross to see it at work. In fact, some believe violence is redemptive - it achieves a good result. Popular evangelistic preaching often makes so much of a separation between a righteous Father requiring blood sacrifice and a righteous Son who was the only sacrificial Lamb good enough, ignoring the role of the Spirit, that it falls into the heresy of tri-theism (that we worship three separate gods).
There is a fundamental problem with this myth of redemptive violence. It completely ignores the reason Jesus went to the Cross. The sacrifice on the Cross was not compelled and not required by an angry God, but was the self giving sacrifice of God Himself. There is one God who gave Himself voluntarily at the Cross, with all three Persons of the Trinity intimately and fully involved.
The myth of redemptive violence misreads the Cross and builds theology on a worldview that is pagan! What I mean by ‘pagan’ is ‘religious’ in trying to reach God by our own efforts or sacrifice.

Every religion or philosophy for self improvement is based on the assumption that we humans have to do something to achieve the goal of our searching. Different religions express it differently: maybe to reach the divine, to be able to encounter God, to become divine or become all that a human can be. But however it is expressed, religion is about reaching God.
Our faith is different from all the other forms of religion. It is about God in Christ coming to us, to make it possible for us to be reconciled and to raise us up to be with Him. Our part is not religious duties like sacrifice or even praying or striving to be good - our part is to respond by submitting to Jesus’ Lordship and being included in Christ.
The implications are huge: if God gave Himself away to suffer and die, so must we.
Jesus said:
“Unless a grain of wheat falls into the earth and dies, it remains just a single grain; but if it dies, it bears much fruit.” (John 12:24)
“If any want to become my followers, let them deny themselves and take up their cross daily and follow me.” (Luke 9:23)
And Paul applied this teaching too:
“Let the same mind be in you that was[a] in Christ Jesus …” (Phil 2:5ff)
The myth of violence bringing about redemption, or whatever good results we aspire to, is deep rooted in every culture. But it is not Christian.

Instead, our calling is to live in union with Christ so that we can follow Him in every aspect of life. That may mean martyrdom of some kind but it certainly means living as though dead, fully surrendered to Him. It means challenging power and violence in society around us, but we challenge in humility and the Spirit’s strength. That really is living supernaturally! 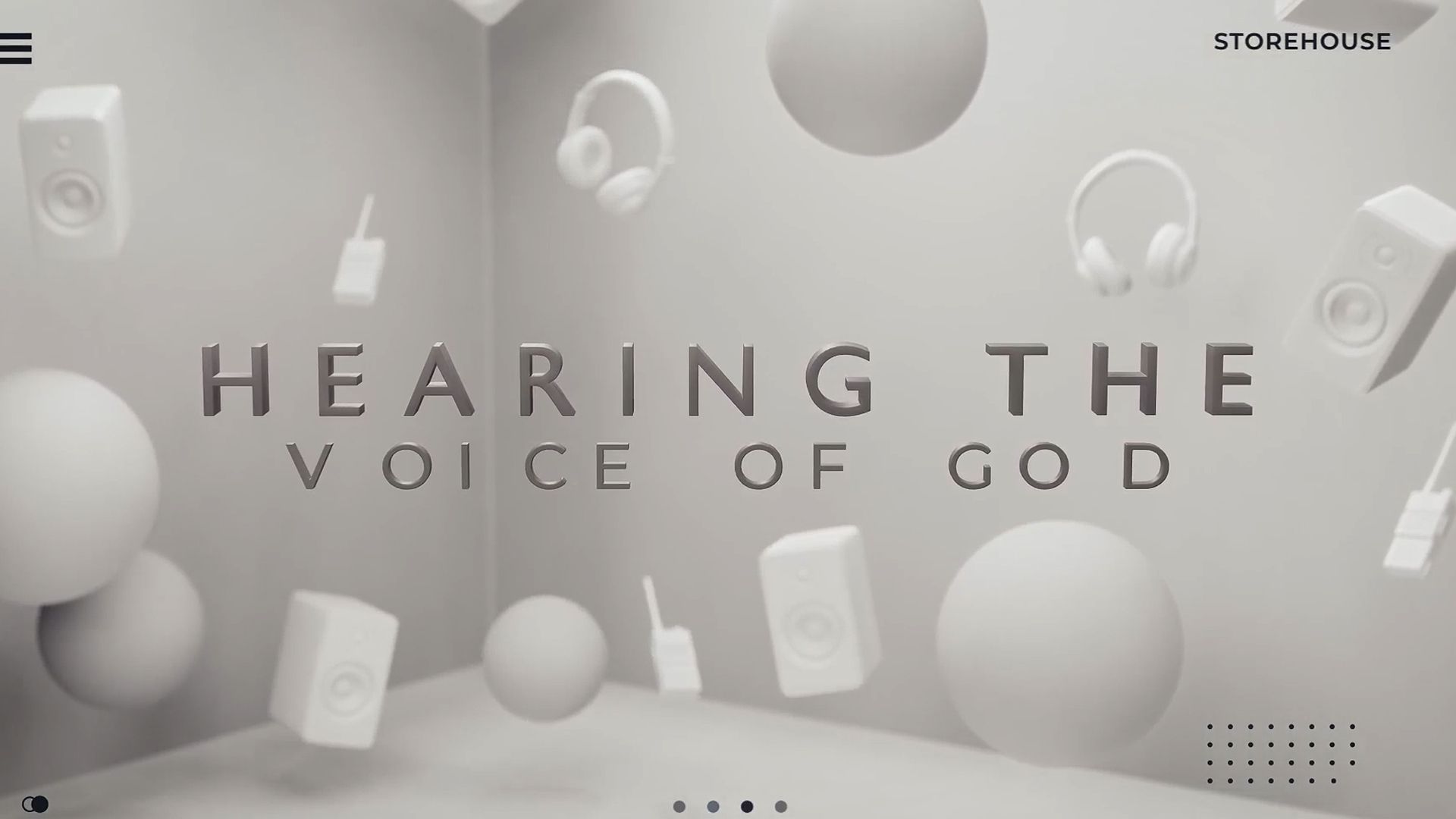 Hearing The Voice of God eCourse explores principles helping you know how to hear God, discern and interpret what has been spoken to you. Would you like to find out more?
Login or sign up to start learning
Start learning
or
Sign up to !
or
click to upload avatar
I accept the Terms & Conditions
I would like to receive news, tips and tricks, and other promotional material
Start your learning journey
Sign in with your account Forgot your password?
Get a brand new password!
OK
Cancel
Enter your brand new password
OK
Cancel